What is a green roof?

In recent years there’s been a concerted effort to combat the “urban heat island” effect in larger cities. This is when urban areas end up being much warmer than outlying areas because of increased human activity. One of the ways to bring the air temperature down is by creating “green roofs.”

Green roofs can reduce the surface roof temperature as well as surrounding air by providing shade and insulation. Studies have shown a green roof can reduce the heating of a roof by up to 40 degrees! Other benefits of green roofs include adding more vegetation to usually barren inner cities as well as improved air quality. They can also make for nice little parks or other bucolic scenes for people.

There are two types of planned green roofs: Extensive and Intensive. An extensive green roof tends to be a little less involved with less vegetation with a growing base that is only a few inches deep. The intensive type of green roof has a much deeper growing base (more than five inches in some cases) and needs a lot more maintenance.

Although they both provide some of the same benefits, both kinds of roofs will need some kind of structural support to deal with the added weight. It depends on how far you want to take your green roof. In addition to the weight of the vegetation, water retention will also add a lot of weight.

The anatomy of a green roof

Conventional roofs on a home start with the attic support, then decking, underlayment, and finally roofing materials. An office building has mostly the same construction, although it may use waterproofing membranes of some sort if it has a flat roof. Green roofs need a few more protective layers to be effective and safe.

After the structural roof support, a layer of vapor control is installed over it followed by thermal insulation. This is followed by a roofing membrane support and root repellent to protect the layers beneath. A thick drainage layer for stormwater management is added, although some structures may install scuppers or drains that lead to rain barrels.

On top of the drainage layer, a filter membrane is put in place to help with the drainage system. At this point, both extensive and intensive green roofs are similar. Where they diverge is how much growing medium is placed before the vegetation.

Unlike normal planting dirt which can compact over time and hurt water retention, aggregates with a little bit of organic material is used. This allows the water to consistently drain and provides constant aeration to aid in plant growth. For larger vegetation, an intensive or semi-intensive roof is needed to provide enough root growth for stability.

A different kind of green

Green roofing may also refer to roofing systems that employ some kind of “green” technology. Solar panels are a popular way to use renewable energy and save money in the long run. Used in residential, commercial, and industrial structures, solar panels are an environmentally friendly way to power your home or a facility.

A “cool” roof refers to using highly reflective materials on your roof that deflect sunlight instead of absorbing it like traditional roofing materials. This helps keep the structure cooler, saving money in heating costs during the summer. However, they also deflect that heat in the winter, negating some of the summer savings.

Not all “green” is good

This does not refer to a roof that’s half covered in moss, although it could play a part in a green roof if proper precautions are taken. Moss, algae, and other kinds of vegetation can do a lot of damage to a traditional roofing system, especially to composite asphalt shingles.

Moss holds water in place instead of letting it run down the roof into a gutter system. Because moss usually grows in the cracks or seams of the shingles, that water can work its way under the shingles and, in some cases, make its way to the decking. A lot of moss can add extra weight to the roof, especially when it’s water-logged.

If done improperly, removing the moss can be detrimental to the roof as well. Using a high-powered pressure washer or aggressive sweeping can remove protective granules and shorten the lifespan of the roofing material. This is not as much of a concern for cement tiles, slate, or metal roofing.

Warner Roofing and Construction has been working with residential and commercial roofing materials for nearly three decades. Whether it’s a traditional sloped roof on a Crafstman style home or a flat roof on a warehouse, we have the experience to install, reroof, and repair most roofing materials. 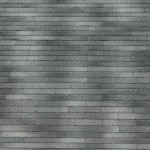 How To Clean Roof Stains

How Loud Is Roof Replacement?