Your Building is Alive: The Story of the Green Roof

On many homes and buildings in the world, the roof is now a living and breathing organism.

These are called “green roofs” – they have been long popular in Europe and are quickly gaining a name in the United States. Essentially they are a layer of vegetation atop a structure or building (according to the Environmental Protection Agency).

From an overhead view, it looks like one continuation of land – no separation of building and grass.

Beyond aesthetic beauty, there are a large list of environmental benefits: absorbing rainwater, providing insulation and creating a habitat for wildlife. Even during the winter, it can better insulate your building by reducing heat loss and energy consumption.

Ultimately, a green roof serves to minimize temperatures in urban settings and improve air quality. They are one of the leading solutions in our effort to clean up urban environments.

How do green roofs work, exactly?

The process happening is called “evapotranspiration”, which uses the air’s heat to evaporate the water from the plants. Instead of warming the building, this cools the structure in a process that’s similar to how a human sweats.

It does this through its layers: the uppermost is the vegetation – the grass or the plant. Directly underneath that is a layer of synthetic, woven fibers. Then come the minerals, which is generally some sort of composted organic matter. Another layer of synthetic fibers follow that, with lightweight, waterproof membrane as the bottom-most layer that keeps the structure from getting wet.

It’s a nifty piece of modern technology, given the advanced materials; the concept, however, has been around during the times of the Vikings, and has been in use in countries like Germany for over 40 years now.

Buildings in the States are using two different types of green roofs. First is intensive, which is thicker (approximately 5 inches deep) and can facilitate irrigation and drainage, which allows it to support vegetation like shrubs and trees (they are basically a park atop your building). The second type is extensive, which can range in depth (between 0.79 inches-5 inches) and support a smaller variety of plants but requires less maintenance. 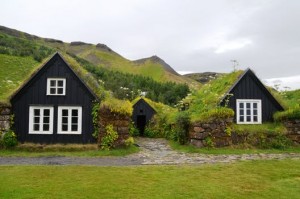 The costs and benefits of green roofs

Costs run a bit high right now for green roof technology. As described in the design, it’s much harder than just laying some grass atop your roof; you need professional design, structural analysis, multiple systems and layers in place. Prices per square foot are quite high (about $15-$20 per square foot), but incentives are forming which can help offset those costs.

The long-term payoff may be worth it: with those added layers of a green roof, they often last much longer than traditional roofs as they are shielded from ultraviolet rays (UV). Also, since their surface temperature is lower, they often help reduce costs from utility bills.

Beyond the payoffs come the benefits for the community: they lessen water runoff, which can cause floods and water pollution; they produce oxygen; they even provide a nesting area for birds and other types of wildlife.

The United States had previously been behind other countries, especially ones like Germany where about 10% of the buildings incorporate green roofing technology.

This is changing: Chicago’s City Hall is one of the more famous examples, boasting a colorful and vibrant plant-filled roof. The Ford Rouge Center in Michigan has one of the largest green roofs in the country. Then, cities like San Francisco are passing laws that mandate green roofing technology in new construction projects. Others are starting incentives and offering other tax breaks to encourage more green roof implementation.

Even in other countries, Toronto has required green roofs in their new construction, same with France, Germany, parts of Argentina and many other cities.

This is all part of a global effort to reduce warm temperatures in cities and implement more environmentally-beneficial technologies. Hopefully this trend only continues to grow. 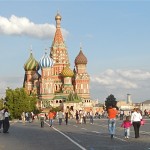 These Roofs Will Make You Rethink Roof Design 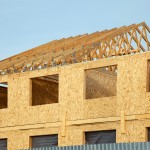 What Types of Roofing Systems Are There?
X